In the drama over the national presidential race, it’s easy to overlook state-level ballot initiatives. But in recent years, these questions posed directly to voters have led to some of the most significant changes in criminal justice policy on the state level—such as Californians deciding to significantly cut the state prison and jail population, or Floridians choosing to re-enfranchise voters with felony records. After a summer of nationwide protests over police violence, this year’s batch of proposals could serve as a litmus test for voters on racial justice issues.

In four states, legalizing marjuana is on the ballot, and multiple cities and counties will choose whether to increase oversight of police departments. In the lead-up to Election Day, here are other important state criminal justice proposals to watch:

California currently restores the right to vote when someone is released from prison and completes parole. Proposition 17, which has Gov. Gavin Newsom’s support, would allow people still on parole to vote and to run for office. Sixteen other states currently allow people to vote as soon as they’re released from prison; people can vote while still incarcerated in D.C., Maine and Vermont. —Christie Thompson

After decades of “tough-on-crime” policies, California voters recently passed a series of measures aimed at reducing the number of people behind bars. Voters supported efforts to allow incarcerated people a chance at earlier release and to reduce penalties for some lower-level crimes. If Proposition 20 passes, it could signal a shift in the other direction.

Supporters of the measure, including conservative prosecutors and law enforcement unions, say the previous changes went too far, setting off a spree of shoplifting and other crimes. They want more crimes added to a list of “violent felonies” and argue that the threshold for felony shoplifting is too high, among other changes.

Those opposed, including the ACLU, Gov. Newsom and the state’s Democratic Party, say that years of harsh penalties fueled mass incarceration, leading to dangerous prison overcrowding and racial disparities. “For years, California has proudly led the way on fundamental civil rights and criminal justice reform but, as we’ve witnessed first hand across our country, there’s more we must do to root out racial inequity and structural bias and to embrace proven reforms that work,” Newsom said in a statement. — Abbie VanSickle

If voters pass Proposition 25, a 2018 law aimed at eliminating cash bail will go into effect. That law sought to replace the current system—where people pay money to get out of jail while awaiting trial by using algorithms to assess whether people are at risk of committing another crime or failing to show up for court.

Proponents of the law, including Gov. Gavin Newsom and the California Democratic Party, say it’s a good step toward fixing an unfair system. Under cash bail, wealthy people can get out of jail before trial, they argue, allowing the rich more time to prepare their cases and to keep jobs, housing and families intact. People who can’t afford to pay their way out of jail are stuck until pleading out or going to trial.

The law caused a stir among both the commercial bail industry and some progressive groups, for very different reasons. Bail companies say the current system works fine, raising concerns that crime may go up if the law goes into effect. Some criminal justice advocacy organizations, including Human Rights Watch, oppose the law. These groups worry the new law could lead to greater racial disparities because of concerns about flaws in risk assessment algorithms and give too much power to judges. These advocates don’t like cash bail, but they don’t like the 2018 law either.

Want to read more? Check out the Public Policy Institute of California’s report on the law’s likely effects and this CalMatters primer. —Abbie VanSickle

Voters in Kentucky will decide whether to pass Amendment 1, a victims’ rights amendment more commonly known as Marsy’s Law. The measure is named for Marsalee Nicholas, a young California woman killed by her boyfriend in 1983. Her brother, tech billionaire Henry Nicholas, founded and almost single handedly bankrolls a national organization to add the measure to state constitutions around the country. It has already done so in 11 other states.

These measures vary from state to state, but generally add constitutional protections to existing state guarantees that victims or their families are consulted and notified at key steps in the criminal justice process. Controversially, in some states, the measures even grant victims the right to have their names withheld from public documents and deny defendants access to certain evidence in their case. This can make it hard for a defendant to research their case, make a decision about a plea deal, or plan their defense.

The Kentucky measure, like most of the others, gives victims legal standing in court, allowing them to ask a judge to step in if they feel they’ve been denied their rights. Defense attorneys and other critics say the measure turns the criminal justice process on its head, designating a victim before a judge or jury has heard any facts or even determined whether a crime has taken place. Kentucky leaves the definition of “victim” to the legislature, but who qualifies for protection has been a sticky issue; in both North and South Dakota, police who shot civilians have had their names withheld from news reports, claiming they were victims under Marsy’s Law.

The measure has been challenged in court in a handful of states—lawsuits are pending in Pennsylvania and Wisconsin—but in general the national organization’s generous funding stream, paired with public sympathy for crime victims, makes the measure’s success in The Bluegrass State almost certainly assured. It already passed once, in 2018, but the state Supreme Court threw out the election results because the measure’s language was too vague. —Beth Schwartzapfel

Michigan’s Proposal 2 would update existing constitutional protections against warrantless search and seizure to explicitly include electronic data and communications. Under current language, crafted long before the advent of digital technology, “a person, house, papers or possessions” are secure from search without a warrant and probable cause. The update would be consistent with the Supreme Court’s 2014 decision in Riley v. California, which held that generally police must first obtain a warrant before searching an arrested person’s cell phone.

Local law enforcement officials told the Detroit News that they almost always obtain a warrant before searching electronic data and communication. Still, advocates including the amendment’s Republican sponsor and the state ACLU, have said enshrining the protections is an important step forward.—Jamiles Lartey

State Question 805 asks Oklahoma voters to alter the state constitution to prohibit sentence enhancements for most nonviolent crimes. Currently, people who have prior felony convictions can face additional prison time beyond the maximum punishment for their specific crime.

Proponents say the measure would end overly long sentences for minor crimes, including repeat drug offenses common among people battling addiction. Advocates cite numerous cases of people locked up in state prisons serving 20- to 30-year sentences (and even life without parole) for selling or possessing drugs, due to prior arrests for nonviolent crimes. Someone convicted of a nonviolent drug offense in Oklahoma spends 80 percent longer in prison than the national average.

Opponents point out the proposal only excludes violent crimes as defined in state law as of Jan. 1, 2020—which didn’t include domestic abuse charges, sexual battery, abuse of vulnerable adults and animal cruelty. That could impact the ability of state courts to lock up repeat offenders longer for those crimes, which concerns victims’ advocates. It’s not that people convicted of those crimes wouldn’t serve prison time—but they wouldn’t be eligible for lengthier sentences if they had prior convictions on those charges.

Nonviolent drug convictions are a major contributor to the state’s high incarceration rates, so shorter sentences in these cases could help shift state funds from prisons to treatment programs for drug addiction and mental illness, advocates say. The proposed constitutional amendment applies retroactively but isn’t automatic, so people serving long sentences for nonviolent crimes would have to seek to have their sentences modified. —Cary Aspinwall

Voters in Nebraska (Amendment 1) and Utah (Amendment C) will get to decide whether to strip their state constitutions of language that says slavery and involuntary servitude is outlawed—except as punishment for a crime. The proposals wouldn’t affect prison labor policies, as incarcerated people in both states are paid small wages for their work.

“You could call this a symbolic gesture, but it would be the understatement of the last two centuries,” wrote organizers with End Slavery Nebraska. “Removing this exception clause sends a powerful message about who we are and what we believe.” Colorado voters passed a similar amendment in 2018, making the state the first to remove such language. —Christie Thompson

If passed, Measure 110 would make Oregon the first state in the country to decriminalize the possession of small amounts of certain drugs, including heroin, methamphetamines and cocaine. The penalties would be lowered from a misdemeanor criminal charge to a $100 civil fine, which could be waived if the person gets evaluated by an addiction treatment provider. (Selling, making, or possessing large amounts of drugs would still be criminal offenses). The second prong of the proposal would also re-direct tax revenue from marijuana sales to fund addiction and recovery centers across the state.

Local groups like the NAACP Portland, the Coalition of Communities of Color, ACLU Oregon, the Democratic Party of Oregon and other addiction and mental health organizations support the measure, alongside national backers like the Drug Policy Alliance. Numerous Oregon district attorneys, state sheriffs, and chiefs of police are against it. Some addiction and mental health organizations are also opposed, claiming the measure would take away money that’s currently funding addiction services on a local level, and remove drug courts as a pathway to treatment. Supporters say the availability of court-connected treatment is overstated, and that services should never come at the price of a criminal record. —Christie Thompson

5 THINGS TO KNOW: How can I get legal services through Legal Aid Services of Oklahomans? | Local News 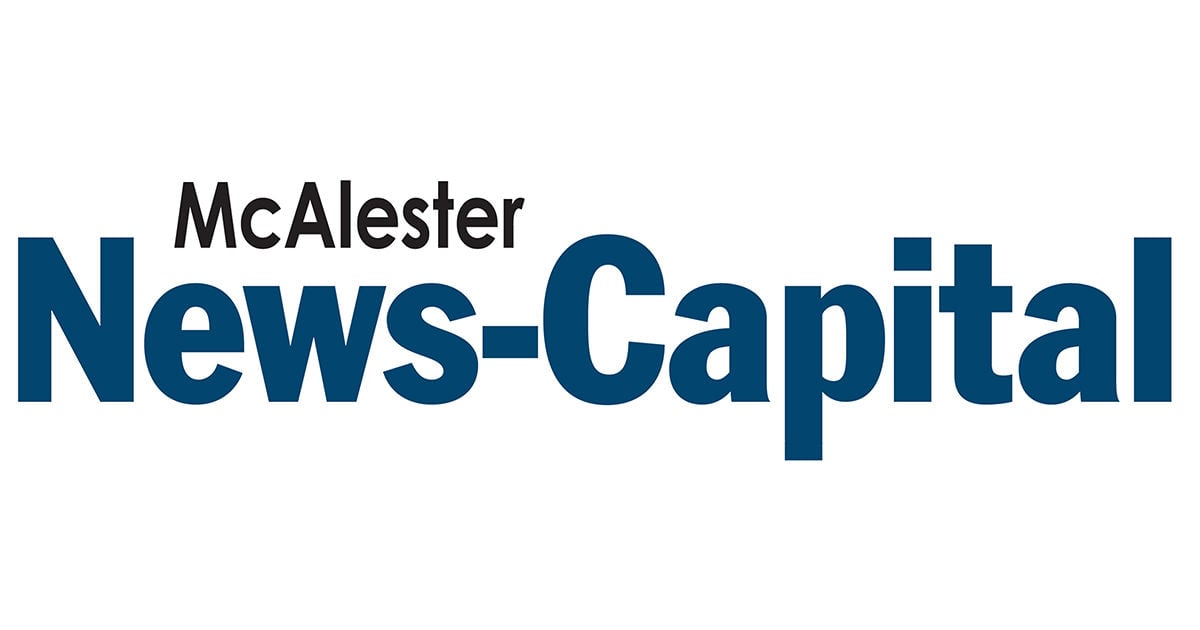