After a long year marked by a pandemic and a historic election, it’s finally time to relax, spend some time with family and catch your breath before revving up for another Legislative Session.

The Legislature will have a lot on its plate next year, but there will be plenty of time to worry about budget holes and policy food fights in a few weeks.

For now, we bring you a look at Christmas lights and lobbyists — or, those individuals and organizations whose work helps ensure the very things that define the holiday.

We’re using the classic carol “The 12 Days of Christmas” as our lens to combine the political with the Noel. The tune started “either as a children’s song or a Christmas carol in the late 18th or mid-19th century,” according to a story on Mental Floss.

The site digs up some interesting details, including how the lyrics changed over the years. For instance, what we now sing as four “calling birds” has previously been “canary birds,” “mockingbirds,” and “collie birds,” an old term for blackbirds.

“Over the years, the song has been done and re-done by everyone from the Chipmunks, Winnie the Pooh, Ren & Stimpy, to Lucille Ball and Ol’ Blue Eyes himself,” the story says.

All that goes to say: We don’t feel bad appropriating the song yet again. With that …

On the first day of Christmas, my true love gave to me: A Partridge in a Pear Tree.

Most of the gifts in the 12 Days of Christmas are birds … partridges, doves, hens, geese, calling birds and swans. With so many on the list, we couldn’t get the word “bird” off our mind, which naturally reminds us of Bird Rides. The company is one of the biggest names in micro-mobility, and thanks to a framework passed by the Legislature in 2019, chances are their e-scooters are popping up in a city near you — maybe there’s one leaning up against that pear … err, orange tree on your way to work. It took a lot of lobbyists working for a lot of scooter companies to help the emerging sector get a foothold in Florida, and Bird Rides has some of the best: Brian Ballard, Bradley Burleson, Jose Diaz and Katherine San Pedro of Ballard Partners.

On the second day of Christmas, my true love gave to me: Two Turtle Doves.

Turtle doves are an interesting species. They are fast fliers, have a distinctive call, and tend to mate for life with the parents working together to raise their offspring — up to six broods of them a year. And they are in Florida year-round. Like other birds, their well-being is greatly affected by the environment. That’s where Audubon Florida comes in. The group advocates for environmental conservation and restoration efforts that will keep birds of all kinds, even turtle doves, flying around the state for generations to come. Often, that means sending lobbyists to Tallahassee. Their team includes in-house advocates Elizabeth Alvi and Charles Lee as well as Diana Ferguson of Rutledge Ecenia.

On the third day of Christmas, my true love gave to me: Three French Hens.

French hens may sound fancy, but there’s not a lot separating them from your average American hen. In fact, Faverolles — one of the few distinctly French breeds of chicken — are bred more for show than for eggs or meat. All that to say, you’d be better off picking up three roasters from Publix than searching for a mythical hen that most likely stems from a homonymic joke. When it comes to doing business in the Legislature, Publix has Matt Bryan, Jeff Hartley and Teye Reeves of Smith Bryan & Myers as well as Jorge Chamizo of Floridian Partners on its side.

On the fourth day of Christmas, my true love gave to me: Four Calling Birds.

While the practice of transmitting messages by carrier pigeon has sadly fallen out of fashion, the communications industry is bigger than ever, and growing. Everyone who has spent time around Adams Street knows the political power of AT&T. The telecom giant employs no fewer than 50 legislative lobbyists, including some of the biggest names in the business: Al Cardenas, Ron Book and Marty Fiorentino to name just a few, along with a healthy stable of in-house talent.

On the fifth day of Christmas, my true love gave to me: Five Golden Rings.

Gold is the inspiration behind modern banking. Wells Fargo — one of the biggest names in the industry — got their start in the 1850s by buying gold on the west coast and selling bank drafts. Many banks have similar provenance, but they all have one thing in common: a lobbying team that’s as good as gold. Wells Fargo has Chris Dudley, Paul Mitchell and Monte Stevens of The Southern Group; Bank of America has Jon Johnson and Diane Carr of Johnson & Blanton;  and JP Morgan Chase has Dean Cannon, Joseph Salzverg, Robert Stuart and Jason Unger of GrayRobinson.

On the sixth day of Christmas, my true love gave to me: Six Geese a Laying.

Geese can lay down anywhere — in a barn, in a box, it doesn’t matter — but people are a little pickier. While a few people have spent Christmas in a manger, there are more suitable accommodations available no matter where you find yourself. Don’t believe us? Take a gander at Expedia and you’ll find hundreds of hotels to choose from, ranging from low-cost to lap of luxury. The travel booking site does a lot of business in Florida, and it relies on Jennifer Green, Melanie Bostick and Tim Parson of Liberty Partners to keep it apprised of what’s going on in the Capitol.

On the seventh day of Christmas, my true love gave to me: Seven Swans a Swimming.

The water may be a little chilly right now, but it’ll be perfect swimming weather before you know it. The Florida Swimming Pool Association probably wouldn’t recommend filling your pool with swans, but they have developed some tried and true advice on water safety and proper pool care during their 60 years serving the state. When they need a deep dive into what’s going on in the Florida Legislature, they turn to Mario Bailey, Carlos Cruz, Lauren DePriest, Cesar Fernandez, Kari Hebrank, Jonathan Kilman, Paul Lowell and Elnatan Rudolph of Converge Government Affairs of Florida.

On the eighth day of Christmas, my true love gave to me: Eight Maids a Milking.

Milk maids may seem antiquated nowadays, but the industry they worked in is alive and well. Agriculture has always been one of the biggest industries in Florida, but during the pandemic-induced tourism slump, it officially took the No. 1 spot. There’s no shortage of agricultural interests looking to lobby lawmakers in the Capitol, and many of them have signed Hopping Green & Sams to handle their affairs. David Childs, Gary Hunter, Eileen Stuart and the rest of the HGS team represent a cornucopia of ag clients, including Farmland Reserve, the Florida Farm Bureau Federation, the Florida Fruit & Vegetable Association, the Sugar Cane Growers Cooperative of Florida and Mosaic Fertilizer.

On the ninth day of Christmas, my true love gave to me: Nine Ladies Dancing.

Thankfully, these ladies got the CDC memo about limiting groups to 10 or fewer. Most Floridians haven’t been out dancing in ages, but bars and restaurants are working overtime to make sure that when customers walk through the door, they’ll have a fun — and safe — time. The Florida Restaurant and Lodging Association has been helping establishments by developing reopening and sanitation guidelines and by advocating for policies that help them keep their doors open. Helping FRLA in the Capitol are James Daughton, Warren Husband, Douglas Bell, Patricia Greene, Allison Liby-Schoonover and Aimee Diaz Lyon of Metz Husband & Daughton.

On the tenth day of Christmas, my true love gave to me: Ten Lords a Leaping.

Aristocratic titles didn’t leap over the Atlantic to the New World, but some high-society pastimes did. Take golf, for instance. The game was a favorite of Scottish lords as far back as the late 13th century. While Scotland is still a golfing force, Florida is king. There are more than 1,300 golf courses in the Sunshine State, and a few of them make a cameo on millions of TVs during the PGA’s annual Florida swing. The PGA has deep roots in Florida and it has a big team of lobbyists on retainer, including Marty Fiorentino, John Delaney, Davis Bean, Joseph Mobley, Mark Pinto and Shannan Schuessler of The Fiorentino Group; Jeff Sharkey and Taylor Biehl of Capitol Alliance Group; and the crew at Ballard Partners.

On the eleventh day of Christmas, my true love gave to me: 11 Pipers Piping.

In the four years since voters green-lit the medical marijuana amendment, the state’s cannabis industry has grown like a weed. Trulieve is the biggest player in Florida, with more than 60 dispensaries and, coincidentally, 11 pipers helping them push pro-pot policies in the Capitol. The bulk of their corps is the team at Capital City Consulting, including Nick Iarossi, Ron LaFace, Justin Day, Megan Fay, Andrew Ketchel, Scott Ross and Chris Schoonover. They also have Nicole Graganella and Katherine Webb of Colodny Fass as well as Sean Pittman and Brett Heuchan on retainer.

On the twelfth day of Christmas, my true love gave to me: 12 Drummers Drumming.

The world lost a lot of great people this year, including one of the best drummers to ever pick up a pair of sticks — when Neil Peart got going, it sounded like a dozen drummers were banging away. And in concert, he sounded like 2,112 of them. While concerts are few and far between right now, vaccines could allow them to return in force next year. When they do, Live Nation will be waiting to sell you a ticket. Mike Corcoran and Matt Blair of Corcoran Partners represent Live Nation in Tallahassee.

Sat Dec 26 , 2020
Gov. Ron DeSantis‘ communications director, Fred Piccolo, has accomplished absent with his Twitter account he suggests in an effort to lessen worry in his day by day daily life. That determination came hours right after he drew blowback for an early early morning tweet Thursday criticizing a Reuters editor for trying to […] 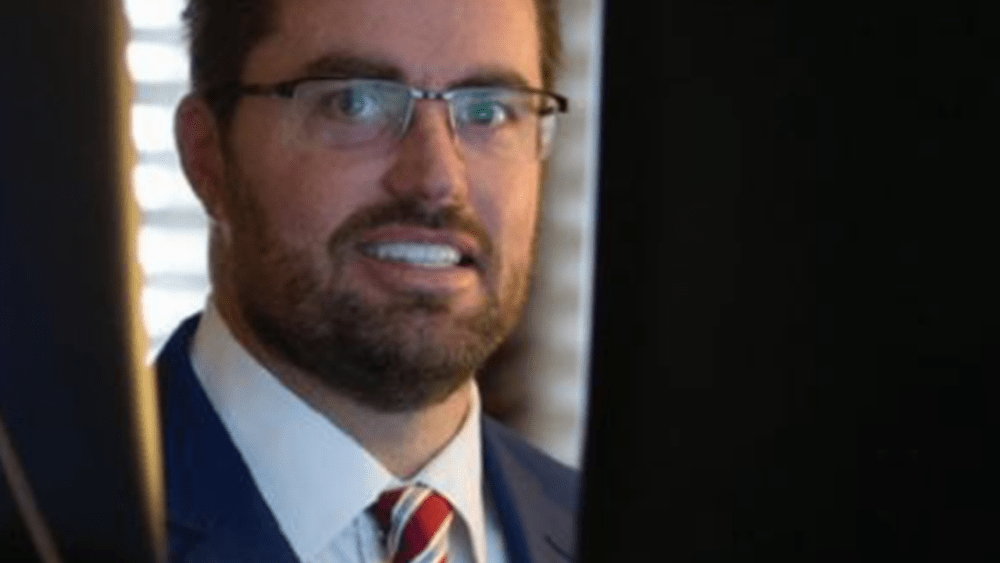