To print this article, all you need is to be registered or login on Mondaq.com.

The Supreme Court held that the applicable test for finding that
a post-incorporation contract is enforceable is the same as the one
for finding that any other agreement exists at common law. Namely,
the test is objective, and that offer, acceptance, consideration,
and terms may be inferred from the parties’ conduct, and from
the surrounding circumstances.

Crystal Square involves a large development by
Crystal Square Development Corporation (the
“Developer”) in Burnaby, British
Columbia. The development includes office and residential towers,
hotel and retail complexes, and, central to this dispute, a parking
facility.

In March 1999, the Developer and the City of Burnaby (the
“City”) entered into an air space
parcel agreement (the “ASP
Agreement”). The ASP Agreement contained certain
provisions regarding the parking facility, including parking and
access rights, parking fees, and capital costs.

In 2002, the Developer sold the parking facility to Crystal
Square Parking Corporation (“CSPC”),
the respondent, and assigned the ASP Agreement to CSPC. Strata Plan
LMS 3905 (“Strata”), the appellant and
a strata corporation, is the owner of the office tower. Strata only
came into existence in May 1999.2

Until 2012, Strata’s members used the parking facility,
and Strata paid parking fees at the ASP Agreement’s
prescribed rate. A dispute then arose between Strata and CSPC, and
CSPC demanded capital reserve payments from Strata, alleging it was
owed such payments under the ASP Agreement. When Strata refused to
pay any more than its existing fees, CSPC revoked Strata’s
parking privileges.

Strata launched a civil claim against CSPC, seeking to either
invalidate the ASP Agreement’s provisions regarding the
parking facility, or a declaration that the ASP Agreement was
unenforceable. Strata also argued that, in any event, it was not a
party to the ASP Agreement since it pre-dated Strata’s
incorporation, and was therefore not bound by the ASP
Agreement’s terms.

The British Columbia Supreme Court (the
“BCSC”) agreed with Strata that it was
not bound by the ASP Agreement. The BCSC found that Strata had not
demonstrated an intention to enter into a post-incorporation
contract on the same terms as the ASP Agreement.3

On appeal, the British Columbia Court of Appeal
(“BCCA”) overturned the BCSC’s
decision.4 According to the BCCA, the trial judge
had erred in relying on the fact that Strata was not a party to the
ASP Agreement and that Strata had not ratified it.

The majority in Crystal Square held that the
payment obligations stipulated in the ASP Agreement are enforceable
against Strata on the basis that Strata demonstrated an
objective intention to be bound by terms that replicated the ASP
Agreement’s terms regarding the parking
facility.5

The test for determining whether a pre-incorporation contract
is binding following incorporation is the same for finding that any
other agreement exists at common law.

According to the majority in Crystal Square, the
test for finding that a binding post-incorporation contract exists
is an “outward manifestation of assent by each party such as
to induce a reasonable expectation in the other.” This test
is objective and rooted in the common law’s general approach
to contract formation.6


Strata objectively demonstrated an intention to be bound by a
post-incorporation contract on the relevant terms of the ASP
Agreement.

According to the majority in Crystal Square,
Strata objectively manifested an intention to be bound by a
post-incorporation contract with CSPC after CSPC purchased the
parking lot from the Developer. It did so by virtue of the strong
evidence regarding offer and acceptance of a post-incorporation
contract between Strata and CSPC.8

Specifically, CSPC actively demonstrated
an intention to offer Strata a
contract on the terms of the ASP
Agreement.9 For example, CSPC made parking passes
available to Strata members in a quantity that corresponded to
their share of parking spaces under the ASP Agreement. In addition,
the ASP Agreement provided for maintenance and operation costs of
the parking facility in its definition of “Operating
Costs.” These costs, as per the ASP Agreement, were factored
into the fee CSPC charged Strata for parking
passes.10

In turn, Strata objectively demonstrated an
intention to accept CSPC’s
offer.11 Strata paid for the parking passes on
the ASP Agreement’s terms, and its members exercised their
parking rights as per the ASP Agreement, which corresponded to
those payments. Thus, viewed from the reasonable person’s
perspective, he or she would view Strata’s conduct as
demonstrating agreement to the terms regarding the parking facility
in the ASP Agreement.

The key takeaway from Crystal Square is that
the traditional approach to contract formation applies to
post-incorporation contracts. This means that a contract’s
elements – offer, acceptance, consideration, and terms
– can be inferred from the conduct and circumstances
surrounding two or more parties’ business arrangements.

It is therefore important for any business operating in Canada,
to consider how their informal or ad-hoc business arrangements and
conduct when dealing with one or more other parties, could
reasonably be perceived. Even if the
business subjectively  perceives some of their
own business activities and arrangements as non-legally binding, a
court could consider some or all aspects of them enforceable in the
event of a legal dispute.

HOW WE CAN HELP

Paying attention to detail and rapidly adapting to changing
circumstances is what we do at Dickinson Wright, both in Canada and
the United States. While this should not be construed as legal
advice, should you require any assistance, please do not hesitate
to contact us.

2 A strata corporation is a legal entity with all of the
powers of a natural person who has full capacity. In other
jurisdictions, such as Ontario, strata are known as
condominiums.

The content of this article is intended to provide a general
guide to the subject matter. Specialist advice should be sought
about your specific circumstances.

Fulfill the lawyers fighting to prosecute polluters as global criminals

Sat Dec 26 , 2020
The Earth is having hotter and people, specifically big companies and industrial nations, are largely to blame. But there is at the moment no authentic system to maintain people get-togethers accountable for the irreparable harm that they have finished and continue to do to the world. Now, legal industry experts […] 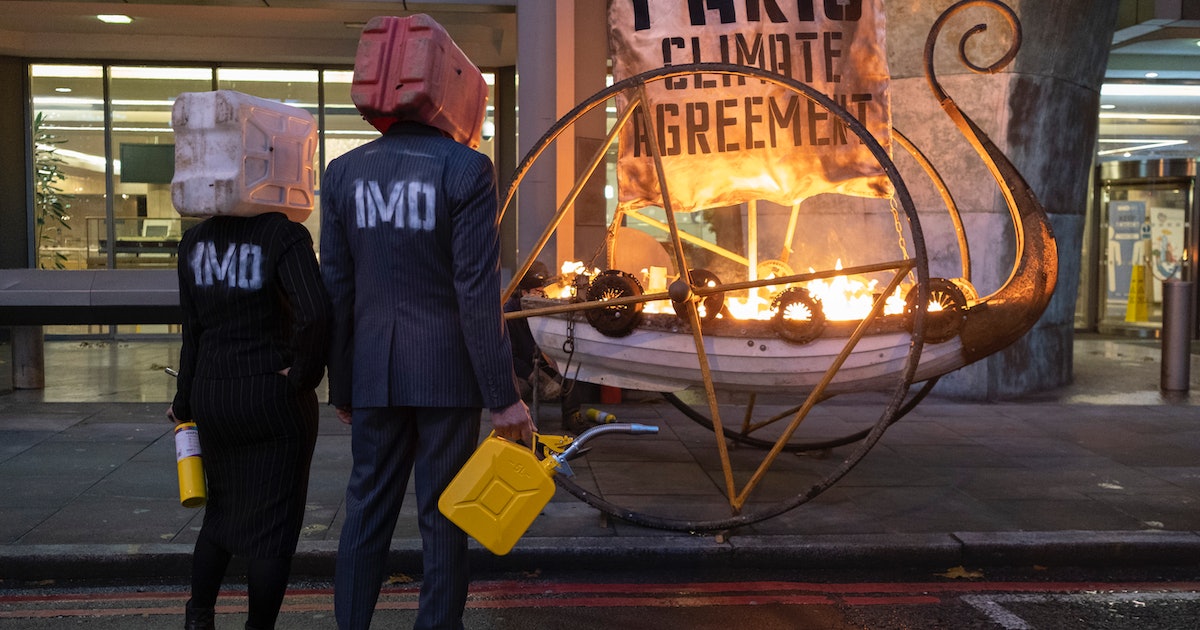