As Brazil’s world-acclaimed biodiversity turns to ashes, President Jair Bolsonaro has praised the country as an environmental role model. “It is not only in environmental preservation that the country stands out,” the far-right leader affirmed in a UN speech on 22 September. “In the humanitarian and human rights fields, Brazil has also been an international reference.”

At the same time, the New York Times has reported that a team of Brazilian lawyers are drafting a complaint to the International Criminal Court in the Hague with a view to bringing Bolsonaro to trial for crimes against humanity, for removing environmental protections for indigenous peoples. Bolsonaro has not responded, but has said: “Where there is indigenous land, there is wealth underneath it,” and in February proposed a bill to legalise mining in Indigenous lands.

In April, Brazil’s National Indian Foundation (Funai) – whose remit is to defend Indigenous peoples – legalised the takeover of rural land in 235 Indigenous areas. In July, Amazonian Indigenous communities saw a 76% rise in illegal fires on their lands compared to the same month in 2019, and, according to Indigenous rights organisation APIB, coronavirus has been three times more lethal to Indigenous peoples than to the rest of the population.

So, amid the dangers and the violations to their overlooked rights, Indigenous people are taking a stand – with music. A long-existing scene, still little-known among non-Indigenous audiences, is gaining visibility with lyrics and videos that address Brazil’s alleged ecocide and ethnocide. By bridging ancestral and urban music with technology, Indigenous musicians are advocating for themselves and fighting for their existence.

When the president assumed office, the singer and composer Kaê Guajajara worried she was “going to die” as a result of his hostile actions and rhetoric. Kaê belongs to the Guajajara ethnicity, located in the Amazonian part of Maranhão state in north-eastern Brazil. Merging hip-hop, traditional instruments and elements from her mother tongue Ze’egete, Kaê makes music about the reality of urbanised Indigenous peoples and the erasing of Indigenous identities.

“I couldn’t get a job because of the Indigenous paintings on my skin,” Kaê says. “Being in the city, walking on the streets just the way I am, is already an outrage. My music communicates my reality: half of me is Indigenous tribe, the other half is the city.” She grew up in the Rio de Janeiro favela complex of Maré, having left Maranhão when she was seven because her mother’s living conditions were, she says, no different from slavery. The land where her mother comes from is not demarcated – a process that secures the already constitutional right for Indigenous people to own their land, making it less vulnerable to illegal mining and logging. “My family from Maranhão is more concerned with having food on their table than claiming for land demarcation,” she says.

I am afraid of whitening myself. I have to be careful to keep my roots and accomplish my mission: infiltrate power structures that say Indigenous peoples no longer exist

Kaê doesn’t rule out signing with a big record label, as long as she can keep singing about the Indigenous cause: “I am afraid of whitening myself. I have to be careful to keep my roots and accomplish my mission: infiltrate power structures that say Indigenous peoples no longer exist.” Her songs are already being used as learning material by dozens of school teachers.

The sociopolitical perspective driving Kaê’s music connects with a recent cultural movement gaining popularity among urban Indigenous artists, known as Indigenous futurism. Kaê says it is about “daring to envision ourselves in the future, and using new technologies to enhance Indigenous visibility”.

The term was coined in 2012 by Portland State University’s Dr Grace Dillon, who is descended from the Anishinaabe people from Canada and the US. According to Klaus Wernet, an ethnomusicologist at the University of São Paulo, it was also around 2012 when Brazil’s Indigenous communities started buying smartphones and built “strategic music partnerships” via WhatsApp and social media. Journalist Renata Tupinambá, co-founder of the Indigenous radio station Yandê, which helped organise the Yby festival – Brazil’s first for contemporary Indigenous music – says Indigenous futurism uses technology to make “art, music and literature tools of cultural survival. It defies the racist mindset that Indigenous peoples are stuck in the 16th-century colonial imaginary.”

‘I sing the truth of my people’ … Kunumi MC. Photograph: Aruan Viola

But not all Indigenous artists embrace the concept. One of Brazil’s most prominent Indigenous rappers is 19-year-old Kunumi MC, a native of the Guarani people – who range around southern Brazil, Paraguay, eastern Argentina and elsewhere – of Krukutu near São Paulo. Kunumi’s music couldn’t be more cutting-edge – one of his latest hits blends trap, reggaeton and Indigenous violin to address land demarcation and deforestation – but he sees Indigenous futurism as a white people’s term. “We, native Indigenous people living in tribes, don’t think about the future,” he says. “The white man has a vision of progress, not us. Our progress is to preserve our culture … to live in the present, I have to remember my past.” For him, the most important technologies are “sacred food, medicines, my rap”, rather than smartphones.

The Guarani reality deeply contrasts with São Paulo’s. Even before the pandemic, Kunumi hardly ever left the forest because, in the city he feels “like an alien”. “We are scared of the city – the pollution; the spiritual and physical diseases.” According to Kunumi, half of his Krukutu tribe (about 150 people) have been infected by coronavirus.

A Michael Jackson fan who has rapped since the age of 10, Kunumi’s activism gained momentum after Brazil’s 2014 World Cup, where he demonstrated with a “Land demarcation now!” poster in the middle of the football stadium. Kunumi sings in Guarani to tell the story of his ancestry: “I sing the truth of my people. My music is a protest against everything happening to the Indigenous peoples in Brazil now.” He says the recent attacks of Bolsonaro’s government inspire him to be stronger.

Having already recorded with the celebrated Brazilian rapper Criolo, Kunumi is sceptical about the activism of self-declared Indigenous musicians: “They don’t really help the cause. They sing the struggle, but we, who live in the tribes, are the ones suffering the most.”

Son of a Potiguara father, Nyn was born in Rio Grande do Norte, the only Brazilian state with no demarcated Indigenous land – though this state is home to at least 14 self-declared Indigenous communities. The fear that the rest of Brazil turns into Rio Grande do Norte – a state Nyn says is “more obsolete than the past itself” due to its historical violence against the Potiguara people – is what inspires him to rescue the Indigenous memory through music: “Is it possible to claim for land demarcation if we don’t first demarcate our imaginaries with Indigenous heritage?”

An LGBTQ+ rights activist based in São Paulo, Nyn is the founder of the band Androyde Sem Par, who blend pop and rock styles in Guarani-inflected songs about diverse love relationships and Indigenous ancestry. While Nyn fears the term Indigenous futurism might be a “colonial trap”, he thinks contemporary Indigenous artists are making a change by “rescuing traditions to reinvent imposed cultures.”

Before our interview, musician Djuena Tikuna had never heard of Indigenous futurism, but her music, she affirms, is also a decolonising weapon, “a claim for respect for Indigenous peoples”. She belongs to the Tikuna ethnicity from the Amazonas state and brings together Amazonian sonorities and global music references. She has already been nominated for the Indigenous music awards and was the first Indigenous artist to perform at the sumptuous Teatro Amazonas concert hall, a symbol of the Portuguese colonisation in Manaus.

Currently working on A Floresta Cura (The Forest Heals), a song about the coronavirus pandemic, Tikuna is also a journalist covering Indigenous rights – “Journalism helped me understand how to help other Indigenous musicians and make our voices echo” – and founded the first Amazonian Indigenous music festival in 2018. “I want this message to be understood regardless of language barriers,” she says, calling her music “an act of resistance”.

The self-declared Indigenous musician Zândhio Huku, frontman of Indigenous heavy-metal band Arandu Arakuaa also sees music in this way: “I am not on the frontline, shouting or discussing. But my music resonates a political message.” Descending from the Krahô ethnicity and born in the Tocantins state, Zândhio writes in the Xavante, Xerente, and Tupi languages, and his lyrics depict Indigenous “cosmovisions”, where nature is the true raison d’être. “You only understand the Indigenous struggle if you get their worldview, which intertwines nature and the sacred.”

In September, the band launched the video for Am’mrã (Falling Star), a song about the connection between nature and the Indigenous cultures. Blending Indigenous and Afro-Brazilian percussion and folk guitar, the clip was released on the same day that eight European nations warned Brazil to take action on the Amazon deforestation.

For a decade, deforestation in the Amazon had not been so scandalous as it was this August, when the rainforest lost an area close to the size of London. Meanwhile, the Pantanal wetlands this year experienced their worst ever wildfires, which consumed an area as large as Belgium. But authorities gave out fewer fines for environmental violations in 2020 than in any other year in the last decade.

“Our country is divided between those who stand for living well, and those who want to steal it from us. The latter want to impose the way we live, pray and die,” says Kaê Guajajara. For this favela-raised Indigenous singer, there is only one way out: “Brazil can only become independent with an Indigenous president, who sees nature and humans as one single being.”

We’e’ena Tikuna
A Tikuna singer and composer. Blending traditional instruments, such as pau-de-chuva, with violin and guitar, her music talks about love, respect for nature and the union of people.

Nory Kaiapó
A singer and composer making Brazilian funk music about the Kayapó way of loving and living.

Katú Mirim
A lesbian Bororo rapper whose songs denounce the attacks and the stereotypes against Indigenous peoples in Brazil.

Wera MC
A Guarani artist considered the Indigenous trap music pioneer in Brazil, whose songs portray the Guarani way of being.

Gean Ramos Pankararu
Influenced by popular music, traditions from north-eastern Brazil, and Indigenous music cultures, this artist belongs to the Pankararú people. His music is about Brazil’s politics and the rights of Indigenous peoples.

• This article was amended on 26 October 2020 to clarify that journalist Renata Tupinambá is co-founder of the Indigenous radio station Yandê, which helped organise the Yby festival, and to correct the background of Katú Mirim, who is Bororo, not Guarani as previously stated.

How The Pandemic Reshaped California Politics In 2020

Sat Oct 31 , 2020
by Ben Christopher It is really not simple to get work done during a pandemic. Even for the privileged who held their pre-pandemic employment, efficiency has taken it on the chin in 2020. The exact same goes for these in the lawmaking enterprise. In March, just days immediately after the […] 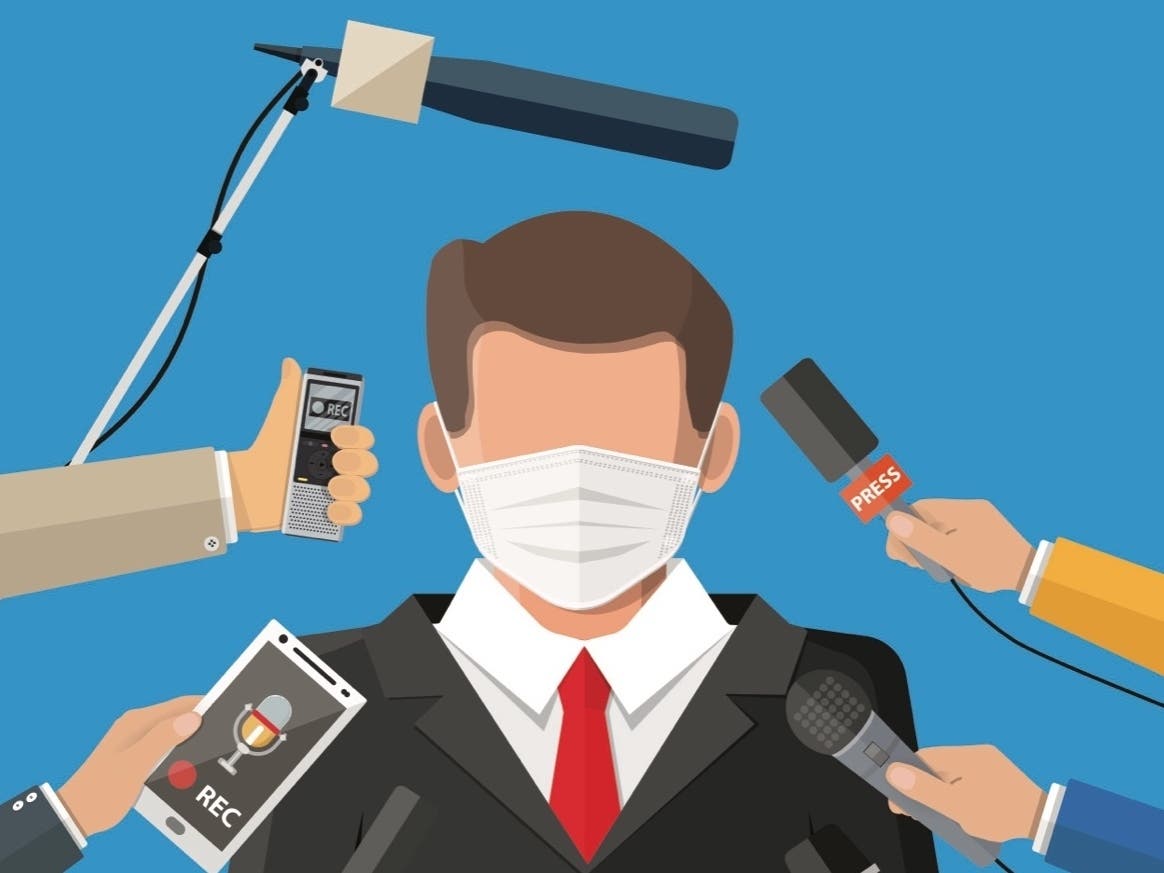