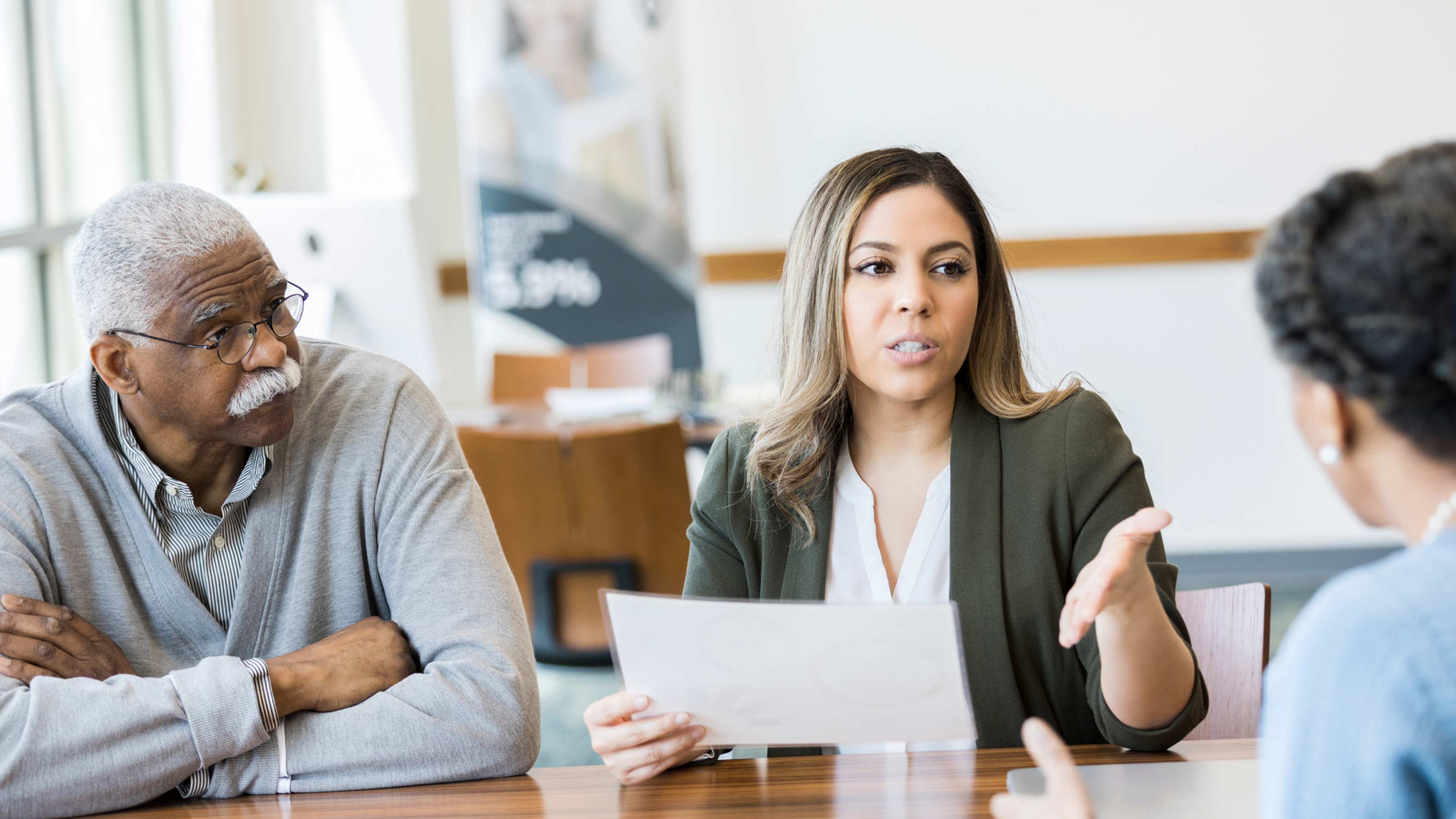 Laura French, an elder care attorney in Georgia, sees it all the time. A family is in denial about a parent or another older relative’s deteriorating physical or mental health until there’s a crisis, and “all of a sudden everyone realizes ‘we can’t do this alone.’”

That’s often when the panicked call to an elder law attorney is made. Although these attorneys specialize in planning for the thorny legal complications that can arise in old age, few people think to consult one preemptively to avoid making that panicked phone call in the first place. To understand what these lawyers do and why you might need one, we sought answers to these four questions.

Whose Interests Does An Elder Care Lawyer Represent?

In all cases, elder care lawyers say, they are working in the best interest of the older person, though how that is accomplished may differ.

If the older person is competent and calls the lawyer, then there’s no issue. But if an adult child or other family member or friend is an agent—that is, has power of attorney for an elderly person—and asks for help, the lawyer is representing the agent. Nonetheless, anyone who has power of attorney has a fiduciary responsibility to do what is best for the person he or she is responsible for, says French, who founded the French Law Group in Watkinsville, Ga., and is an adjunct professor of law at the University of Georgia. The lawyer also would verify that the elderly person is incapable of decision-making through a doctor’s certification or perhaps by directly meeting with the person.

On the flip side, sometimes children come in with a parent they believe is competent but that French discovers is not. Then she will ask the children to follow up with a doctor.

If a power of attorney is not in place and the elderly parent is incapable of giving it, then the family must go to court to have someone appointed as a guardian—a time-consuming option to be avoided at all costs. In New York, that process can take six months, says Wendy Sheinberg, a partner at the New York and New Jersey law firm Rivkin Radler.

If a parent is cognitively capable and doesn’t want the attorney’s help, there’s nothing a lawyer can do.

“Sometimes I suggest the child speak to a geriatric care manager,” as a way for the family to have a third party available to assist in hashing out the issues that need to be decided, says Sheinberg, who is also chair of the Elder Law Committee for the New York County Lawyers Association.

French says that after enough years in the business elder care lawyers can usually tell if someone is more interested in grabbing an elderly person’s assets than in providing the best care. If so, the elder law attorney has an ethical obligation to refuse that client.

Why Do You Need One?

Ninety percent of the time, you don’t, says Martin Fogarty, founder of the Heartland Law Firm near Chicago. “But then life gives us these complexities or challenges, and at some point you realize that the well-being of someone [you] love is at risk.”

While state laws vary, French says elder law focuses on these main categories: the client’s wishes and health, the family dynamics, and the client’s financial assets and income.

An elder care attorney should make sure that all important documents are in place and up-to-date according to state laws. This typically means a will, a trust, a power of attorney and an advance directive that includes a health care proxy.

While those can be downloaded off the internet, elder care lawyers (who obviously have a financial stake in the matter) say too often they see incomplete or incorrect forms that therefore aren’t legal.

“We’ve had lots of problem with people who’ve done it on their own,” French says. “It can be catastrophic.”

Elder law attorneys also help sort out difficult decisions, such as when family members cannot agree about how a loved one wanted to be buried.

“Sometimes it’s easier for clients to have that conversation with me, because I’m not a member of the family and it’s less emotional for them,” Sheinberg says.

Family members might be present at the meetings, depending on the wishes of the client, but in New York it means the conversation no longer has the same level of confidentiality, she adds.

Just as important is that the elder care lawyer should know and intimately understand the complex laws for Medicaid and veterans benefits. People can only retain a certain amount of assets or finances to qualify for Medicaid. The question then becomes is it wise to spend down or offload these assets to qualify?

“For some people it makes sense to become eligible and for others it doesn’t,” Sheinberg says. If so, “I’ll explain why it may be great for your next-door neighbor, but not for you.”

Even if Medicaid isn’t in the picture, an elder care lawyer will address a multitude of other issues ranging from long-term care insurance to capital gains taxes. People often think they can simply put a family member’s name on a deed to a house or bank account, but that move can have serious legal repercussions before and after death, French says.

“You jeopardize your Medicaid or VA status. You can also lose some tax benefits, and you put your property at risk to a child’s creditors.”

What Should You Look For?

“One of the most important things when meeting with an attorney, is that you should be comfortable, that you’re not rushed and that your questions are answered,” Sheinberg says.

Brian Shaoul, 52, never knew elder care attorneys existed. A middle school teacher in Illinois, he was the caregiver for his father, who had been living alone since his mother died in 2008.

Shaoul’s father, who died in January, had a host of medical problems, including diabetes and congestive heart failure, followed by a stroke. He was cognitively declining but continued to live alone, with help from his sons and friends, until the middle of last year.

“My father fell into that category—they don’t have enough means to set themselves up for an elderly care facility, but he was not destitute enough for Medicaid,” Shaoul says. In addition, he and his brother were at odds over how to care for their father.

Shaoul came across Fogarty through word of mouth and said he was a lifesaver. The lawyer’s office assisted with everything: “insurance, Medicaid, legalities of how to navigate the system, what to do with the estate.”

Through a nonprofit Fogarty set up, ElderSmart, he offers broader services than most elder care lawyers. For instance, a nurse and elder advocate on staff help with medical issues, patient advocacy and nursing home or assisted-living facilities if a person needs to move. Although elder care attorneys typically handle only the legal aspects of planning, they can be a resource for finding other forms of support.

Shaoul paid $10,000 for a yearlong contract (Fogarty offers different options). Although doubtful at first that the contract would be worth the expense, Shaoul says, “Now, I would have paid triple that.”

How and When to Find One?

If you can’t find an elder care attorney through a trusted friend, doctor, accountant, financial planner or other source, check with a local senior center or community council on aging. The National Elder Law Foundation  certifies elder and special needs attorneys and offers a database searchable by state; another resource is the National Academy of Elder Law Attorneys .

It would be great, lawyers say, if people visited an elder care attorney while in their 50s or 60s and then regularly updated their documents. French notes that for Medicaid, it’s a good idea to have your finances in place at least five years before you might need it; for veterans benefits it’s at least three years.

But people rarely want to plan that far in advance, especially when it concerns a subject that most find hard to discuss. Nonetheless, Sheinberg says, the pandemic has changed things. She’s seeing some clients as young as 30 and 40 reaching out, or others that she spoke to years ago returning for another consultation.

“This experience has really highlighted for all of us that incredibly unexpected things can happen.”

Saying ‘I Feel Strong,’ Trump Plans Rallies at White House and in Florida

Asset Preservation to offer you no cost CE webinars in November for 1031 advisors, attorneys, CPAs and RE professionals : NYREJ