We have heard a common saying that “A picture is worth more than a thousand words”. The human brain recognizes and recalls images more easily and effortlessly than words 1 We have generally seen the ‘No Photograph’ sign in the common places where taking photos is illegal or is restricted by the owner. And we wonder why? The use of photographs has increased in these modern times. But photography raises different copyright issues compared to textual content.  Sometimes photography can be restricted by civil or criminal law. Well, we might have some questions, but some of the answers lie in some of these contexts like:

·       If the person who took the photograph or commissioned it, owns the copyright or not.

·       Whether the objects which have been included in the photograph have a right to privacy.

·            Whether copyright and privacy rights change considering the location and context as to where the photograph was taken.2

The copyright and privacy laws are almost similar across the world, and follow the rules which have been laid down by the World Intellectual Property Organization (WIPO). But some differences exist in certain points. In India, the Copyright Act, 1957 deals with the issues which relate to copyright for photographs and images. Photographs are considered in intellectual property, covered under the copyright acts. The individuals which have been featured in these photographs have the right to privacy.

The right to privacy was declared a fundamental right recently and even though there is no definite law to protect it, there are sub-laws that provide great assistance. But such right is not absolute as clarified by various case laws. The question of what constitutes a public place is pertinent to decide if an object featured in an image or photograph can expect privacy.

Photography in public is not restricted by Law in India but one can still take action against those who invade privacy or misuse one’s pictures or videos. Information Technology, Sexual Harassment Laws could help in filing a case. Under Article 19 “you are free to take pictures for private use of other people in public areas under the Constitution of India”. Whereas, publishing a photo in a manner that might be “embarrassing, mentally traumatic” or causing “a sense of insecurity about the activities the person in the photograph is involved in” is illegal under Article 21.3 Asking for permission becomes mandatory incase the photograph is being uploaded for commercial use. Public restrooms and changing rooms are off limits when we consider public areas because they are a violation of an individual’s privacy. This is called as voyeurism.

Provisions in the Indian Copyright Act 1957

Section 13 of the Indian Copyright Act, 1957 offers copyright protection for original artistic works. Section 2c of this act includes photographs under artistic work. Section 4 of the act prevents publishing the copyrighted work in the public without the license of the owner who has the copyright. The copyright owner can use the photograph in any way and even commercially. Section 17 of the Copyrights Act, 1957 conveys that the first owner of the copyright is the author of a work. The author, with respect to a photograph, is the person taking the photograph, or the artist unless there is an express agreement stating otherwise. This position derives from the WIPO convention of 1967, of which India is a signatory. There are, however, certain caveats associated with the general provision of Section 17 of the Indian Copyrights Act, 1957. As per Section 17 (a), when the work has been made by the author in the course of employment, the employer owns the copyright. Considering an example where a newspaper hires a photographer under a contract to procure his service, the newspaper, or the owner of the newspaper, will own the copyright for the photographs clicked by the photographer during the course of employment, in the absence of any agreement to the contrary. Section 17(b) of the act provides that “where a photograph is taken or a cinematograph film is made, for valuable consideration, in the absence of any agreement to the contrary will be the first owner of the copyright” The services of an independent contractor hired for creating or doing a work on a given subject fall under this definition. 4

Section 52 of the Indian Copyright Act 1957 deals with fair use. This section lists out specific instances or conditions wherever the overall rule concerning copyright doesn’t apply. Section 52(1) (a) of the Indian Copyright Act, 1957 permits the employment of proprietary work for personal or personal use, together with analysis, criticism or review. As per this exemption, the artist will maintain a private portfolio of the photographs he has taken for somebody else. This exemption doesn’t offer him any rights to take advantage of his portfolio commercially, or sell the pictures from the portfolio to any third-parties. Section 52 (h) of the Indian Copyright Act, 1957 exempts the publication of extracts restricted to 2 passages, however this is often specifically for revealed literary or dramatic works, and not applicable to images. Section 52 (d) of the Indian Copyright Act, 1957 permits the copy of any work for proceedings or maybe for the aim of a report of a proceeding. 5 So, if the marriage photograph may be a very important clue to a criminal offense scene, or later within the course of a divorce proceedings, it is often freely used and shared for the aim, without worrying of violation.

The issue of privacy
The right to privacy may be a natural right, enshrined as elementary rights by most legal jurisdictions of the globe. as an example, taking images while not consent is violation of Article 88 of European Convention of Human Rights (ECHR.) In India, the proper to privacy may be a elementary right, bonded below Article twenty one of the Constitution of India.6 varied courts have conjointly enshrined the proper to privacy below common law, principles of equity, and also the law of breach of confidence. supported such natural and elementary rights, anyone during a personal place features a legal and cheap expectation of privacy, however such right isn’t absolute. Most legal jurisdictions don’t extent the proper of privacy to public places. Anyone during a public place, has no legal expectation of privacy
The question is do people that attend personal functions like weddings have a right to privacy. will celebrities et al. United Nations agency attend personal or public functions expect privacy?
in September 2012, a photographer revealed the photographs of Catherine, the noblewoman of Cambridge sunbathing topless at her husband’s cousin’s vacation target France. The noblewoman claimed right of privacy while at the house. The magazine that revealed the photograph retorted that the photographs had been taken from the general public route. The French court granted the noblewoman Associate in Nursing injunction, restraining the magazine from business the pictures in France, to not sell the photographs, and fork up the initial material of the revealed photos below threat of a €10,000 fine for each day delay in doing therefore. The court awarded €100,000 (£91,000) in damages and interest. The magazine’s editor and also the chief operating officer of the publisher was more penalized €45,000 each. 7
Indian courts have conjointly followed the same mechanical phenomenon. A landmark case in India is independent agency Development (International) v. Arvee Enterprises. The urban center tribunal discovered that “The right of message has evolved from the proper of privacy and may lie in solely in a private or in any indicia of a personality like his name, temperament attribute, signature, voice, etc. a private could acquire the proper of message by virtue of his association with an occasion, sport, movie, etc. However, that right doesn’t include the event in question, that created the individual notable, nor within the corporation that has caused the organization of the event. Any effort to require away the proper of message from the people, to the organiser of the event would be violation of Articles 19 and 21 of the Constitution of India. No persona is often monopolised. the proper of message vests in a private and him alone is entitled to exploit it. for instance, if any entity, was to use Kapil Dev or Sachin Tendulkar’s name, persona or indicia in reference to the ‘World Cup’ while not their authorisation, they’d have a legitimate and enforceable reason for action.” 8
In Sonu Nigam v. Amrik Singh (alias Mika Singh) , the parties to the case were to seem at the Mirchi Awards 2013, and were shown through images on the official posters of the event, with their due consent. Mika Singh, so as to push himself displayed hoardings and posters, that were completely different from official hoardings and posters of the event, carrying Brobdingnagian photos of himself beside smaller photos of the opposite artists, together with Sonu Nigam, while not their consent and permission. The metropolis tribunal restrained the litigators from displaying the photographs of the litigant while not consent and ordered the defendant to pay Rs. ten Lakhs as damages towards nominative charities, as consented by the parties. 9
These analogies have created it clear that the pictures taken at a private space, and that includes people who haven’t given their consent are often used just for the aim that it absolutely was taken.

A good record should be processed properly and printed. It should be focussed, sharp and should not converge in the print. A photograph should include everything regarding the subject and needs to be relevant to its purpose. Photographs of crime scenes are examined with a detailed plan to show a true picture that is obtained. These should not be marked or retouched. They should be taken from eye level. For Example- traffic accident photographs, where views of other drivers play as an important factor. The police photographers keep in mind these requisites of a good record picture that will standardise the procedure and technique. 4

In presenting photographs to the court, the police photographer states on oath, date. Day and time on which he took the photographs and he processed the negatives himself.  If this cannot be done, an affidavit is sworn by technician who processed the film and on status of photographer as witness to the ’truth’. He may be regarded as an expert witness and competent within his own field to express an opinion if asked by the court to do so. The court places a great deal of reliance on experience of witness. Legal photographs are made ultimately to be used in the courtroom.

There is a thin line between professional photography and perversion acts, but according to Law, the nature of photograph plays an important role in the major decision of registering a complaint. 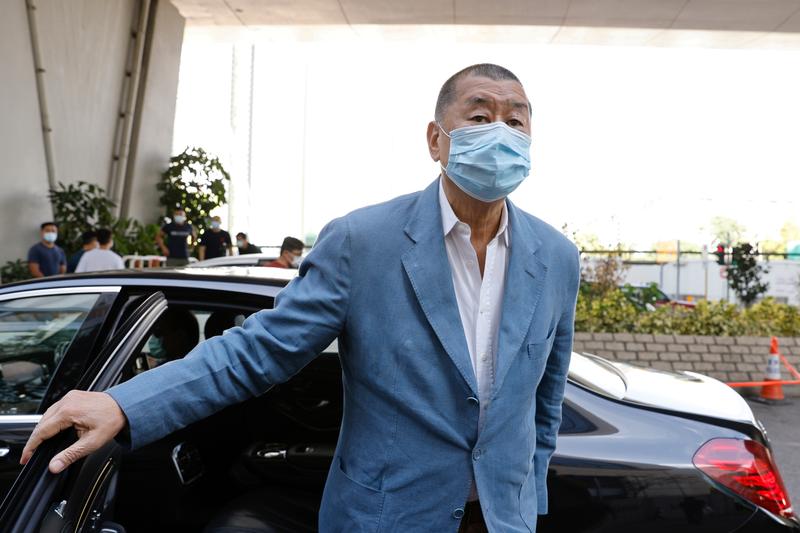